Finally it is DONE

The story of the Resistance Hex, which took over 4 years to complete. 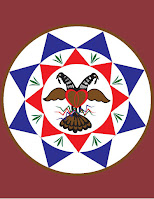 I first conceived and designed the first comp in early 2017.

The building end was not prepped, painted and ready until early

September of 2019, when I put down the white background color. A couple of days later, I drew the design. 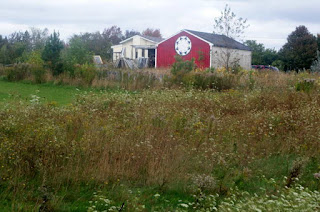 On the 25th of September, its outer blue star was complete, but then work stopped for some time. On Sept 27 I became very sick. For several weeks I did nothing and it took more than a year to recover more than a fragment of my previous health and energy. In retrospect, my doc agrees that I had many of the classic symptoms of Covid 19 (before it had been mentioned in the media) including not only the extreme fevers and shaking chills, but also dramatic changes to my ability to taste. I have never had a reliable sense of smell.

By the time the end of March, 2021 came, I not only had energy back but the early spring allowed me to recommence, applying the color to the inner red star and the heart-shaped center for the body of the watchful wild turkey.

Then came the brown for the turkey's body and wings and finally, on April 13, 2021, the

black of the heads and necks, outline for the wings and tail. 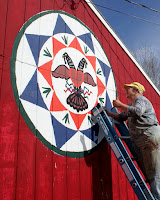 Today, April 15, 2021, I called the hex complete
after giving the black a second coat and painting both costs of all three colors for the resistor symbols. 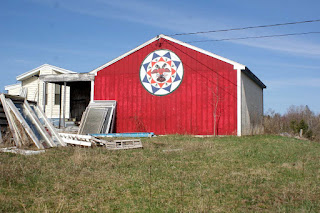 Posted by DutchHexSign at 10:12 PM