Has it really taken a year? 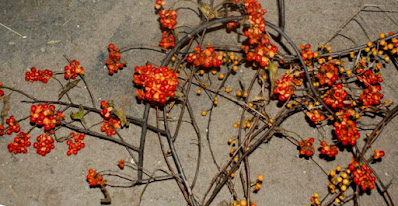 I have been looking back on my posts on Facebook from last year, since Sept 27. I do wish it was easier to look back, on that platform, other than on the exact day in previous years, but as they say, it is what it is. On that day I was feeling great, looking forward to spinning with one of my favorite groups in the morning and then heading out to help officiate at a wedding in the afternoon. Or so I thought. I was less than a week out from my work at the Common Ground Fair, and while I was looking forward to some reenactment spinning the following weekend, I was also very much looking forward to a week on the farm. Common Ground was always a bottleneck in the farm work flow, as the three days away, plus the recovery time, always set me back some.

My plans went well awry, though, the next day when, sitting in the dooryard of the couple to be wed, I tried and failed to push through *something* that was beginning to wrack my body with fever and violent chills and sapped my strength to almost nothing. I never got out of the car in that dooryard and barely made it into the house when I got home.

A week later I posted *nothing* on FB, but the following day's entry indicates that I had gone to the doc and had been swabbed for the 'flu but they did nothing to alleviate any of my symptoms. Turned out I did not have the 'flu and neither did I have a diagnosis. For at least a week, all I can remember is sitting in my recliner, not wanting to eat much of the time but managing to take fluids and dozing on and off with kitty Smoke in my lap much of the time. FB shows that I did do some stuff... puttering about... but K took the brunt of life and chores, as the sheep were sheared, birds and beasts tended and so on.

Eventually I did feel like doing stuff, but the fever -- off and on -- and chills (strong enough shaking that it put my back, which had been hurting from spending 3 days spinning while tending my tent at the fair, got put back in!) persisted for much longer than expected. My stand out memory was one morning, accepting a piece of buttered toast to eat -- not the first and not the last -- the flavor hit me like I had never ever tasted anything before. Heaven in a bite of commercial bread and butter would satisfy a description! I had one more day of such enhanced taste and then my sense returned to normal. I have no explanation for this, other than to note that normally I have no sense of smell and I wonder if perhaps it kicked in for a bit then. Who knows.

I do know that, while I called myself "back to normal" after a bit, this entire past year has been a struggle, totally regardless of the pandemic. Everything from the garden, on seemed to be "behind schedule. Garlic did not get planted until spring... and it was even a late, very short spring this year and winter hung on, and summer came on hard and early. My energy reservoir is not as deep as it used to be, takes longer to refill and is depleted more quickly. And things have felt "off." I put it down to social changes due to the pandemic and my changing the routine a bit, with fewer, longer trips to town and a bit more "use it up, wear it out, make it do or do without" than usual. But honestly I do not know.

I do know that, a few weeks back, on a regular doc visit, I voiced a thought that had been floating around in my head, thinking back on my symptoms: could I have had a very early case of Covid 19 or something like it, a precursor? I expected the doc to gently disagree and turn the conversation elsewhere, but -- with my symptoms up on the screen before her at the time -- she not only agreed but allowed as how it sounded likely.

I also know that, planting garlic yesterday, in the freshly tilled soil where the multi-strand deer fence had been, somehow felt like a key to putting everything right again. I hope so.

Posted by DutchHexSign at 9:04 AM